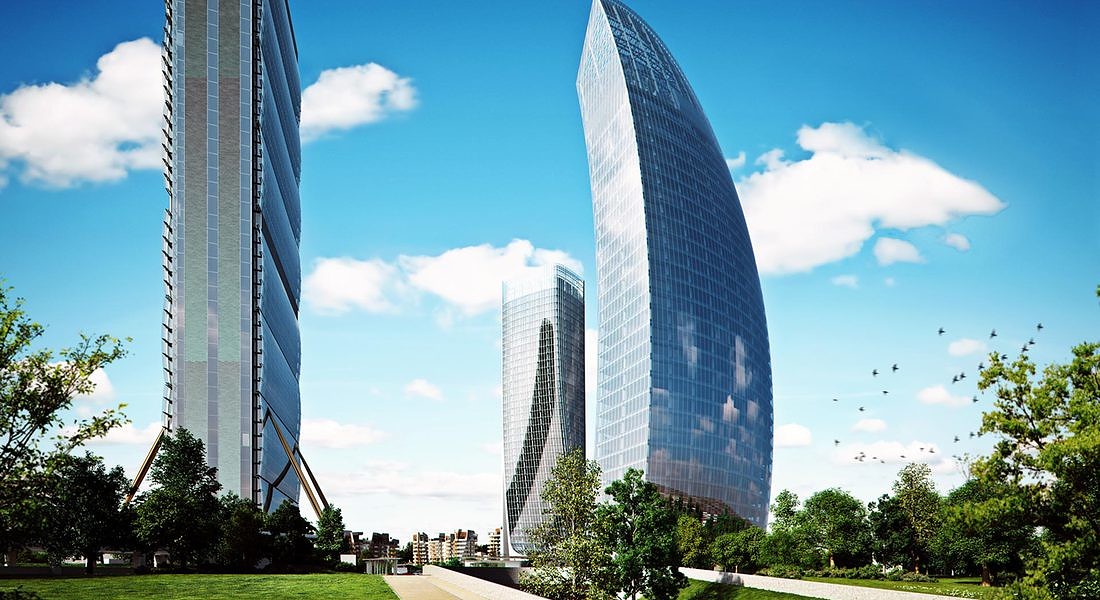 The hidden itineraries in Milan,the city of power, start with the three towers: The Straight, The Crooked, The Concave

Just like many European but unlike all other Italian cities Milan is growing fast, a new skyline is turning the city into a contemporary architecture hub. Over the past decade there has been an explosion of vertical construction. New skyscrapers, buildings and free-standing towers are being built next to the historic ones. Some even surpassing the golden Madonnina on top of Duomo Cathedral, changing its overall landscape.

Since the 1950s Milan has been dreaming of a city business district. Back then the idea was not fully implemented with very few yet still renowned towers built from great architects and engineers from Gio Ponti to Luigi Nervi, such as Torre RAI (135mt), Pirelli Tower – nicknamed as Pirellone – (127mt), Torre Breda (117 mt), Torre Galfa (109 mt), Torre Branca (108 mt) and Torre Velasca (106mt).

In recent years a new CityLife project is taking place, a stunning residential, commercial and business district, a redevelopment of the Fiera Milano neighborhood by Generali Group and Allianz. This project involves the construction of 3 skyscrapers with dedicated areas for offices, stores and restaurants. Each one with individual expression, yet all three coupled in a cohesive arrangement in order to create the grand public piazza. Three internationally acclaimed architects have signed this project, producing their own stunning towers since 2015:

– Generali Tower by Zaha Hadid, an elegant 185 metres high building fully made of iron and glass, evocative of the Iraqui archistar Zaha Hadid’s vision of innovation and progress in architecture.

– PWC Tower (175 mt) by Libeskind, the last Tower to be built was conceived by its creato as part of an ideal sphere encompassing and completing the “Tre Torri” Square.

In order, these three towers have been nicknamed “The Straight”, “The Curved” and “The Twisted” respectively.

When fully complete in 2020, CityLife will be the largest new civic space and public park since Parco Sempione opened 130 years ago. Thanks to the overall surface of 360,000 m2, CityLife will represent one of the biggest urban renewal schemes in Europe.

Subscribe to the newsletter to discover more about these new skyscrapers! Keep in touch to organize your trip in Italy!!